Do violent video games affect empathy? This new study may surprise you 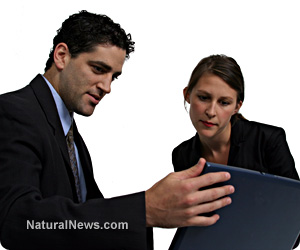 While much has been made of the link between violent video games and real-life aggression, a new study published in Frontiers in Psychology casts some doubts on this connection over the long term.

When German researchers made use of functional magnetic resonance imaging (fMRI) to look at the brains of people who play video games for a long time, they discovered that these people exhibited the same neural responses to emotionally provocative images as those who do not play such games. This implies that empathy is not dulled by long-term violent video game play.

While past studies have shown that players of violent video games sometimes become desensitized to emotional stimuli like violence and can display lower empathy and higher aggression, many of these studies only looked at the short-term effects, testing the players immediately after playing the games or in some cases, during game play itself. Few studies have taken a look at the long-term effects of playing such games.

The study, which was led by Hannover Medical School’s Dr. Gregor Szycik, looked at male participants because aggressive behavior and violent video game play are both more prevalent in males. The gamers were all people who played first-person shooting games like Counterstrike or Call of Duty for at least two hours every day for the preceding four years; the average participant played for four hours per day. These people were compared to control subjects who did not play video games on a regular basis and had not played violent video games in the past.

The gamers were asked to avoid playing for at least three hours prior to the experiment to avoid influence of the short-term effects of violent video games; many took a break for much longer. The participants were then given psychological questionnaires to gauge their capacity for aggression and empathy.

Afterward, they underwent brain scans while being shown images that were designed to incite an empathetic and emotional response. The researchers asked them to imagine the way they would feel in the situations in question, and they measured specific brain region activation in order to compare neural responses between the gamers and the non-gamers.

The questionnaire did not show any differences in empathy and aggression between the two groups, and the fMRI data backs up these findings. The emotionally provocative images, therefore, elicited similar neural responses among all of the participants, going against the researchers’ initial hypothesis.

It is important to note, however, that this does not discount previous findings as this study only looked at long-term effects. It is still entirely possible that playing violent video games does indeed make people more prone to violence in the short term. A study in the Journal of Personality and Social Psychology found that being exposed to violent video games could increase one’s proclivity for aggressive behaviors. Meanwhile, a study in the Journal of Youth and Adolescence showed there was a clear association between gaming frequency and poor-quality relationships, drug use, alcohol consumption and sexual promiscuity. Video game play has also been linked to obesity.

While violent video games might make people more aggressive in the short term, the reverse might also be true. A fascinating study from Stanford University found that giving people superpowers in video games led to more empathetic behavior in real life. In that study, people who were given the power to fly using virtual reality simulation were later found to be more empathetic toward the experimenter when he or she “accidentally” spilled a cup full of pens. This finding could actually help game designers come up with games that can spur altruistic behavior out in the real world, thereby making the world a better place and hopefully counteracting some of the harm caused by violent games, no matter how short-term they might ultimately prove to be. 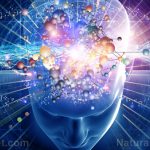 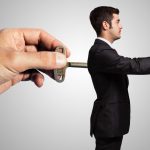 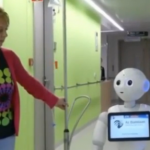